Demarcus Lawrence is a defensive end in the National Football League. Lawrence attended Butler Community College for two years before transferring to Boise State University, gaining national recognition. In 2013, Demarcus boasted a hearty 10.5 sacks and 72 tackles, a season that piqued all NFL scouts' interests. After having an outstanding 2014 NFL Combine, and despite holding a Wonderlic test score of 20, Demarcus Lawrence was drafted as the 34th pick overall in the 2014 NFL Draft. Throughout the 2014 and 2015 seasons, Demarcus Lawrence totaled 55 tackles and eight sacks with the Dallas Cowboys. 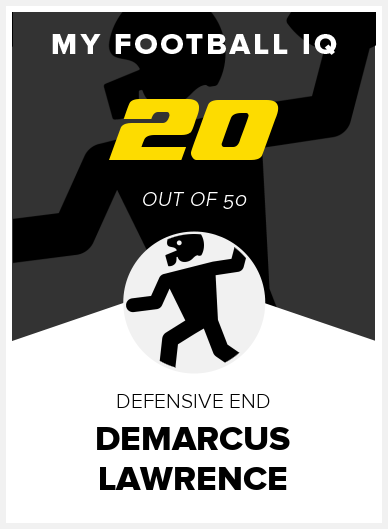