David Garrard is a former professional football player who is best known for being the starting quarterback for the Jacksonville Jaguars. Gerrard starred for several seasons at Eastern Carolina University. He gained a lot of attention at the NFL combine when he showed off his speed and strength and also had a Wonderlic test score of 14.

Gerrard played for the Jaguars for 9 seasons from 2002 to 2010. In that time period, he was a very solid player throwing for over 16,000 yards and nearly 90 touchdowns. His career achievements included being named to the NFL Pro Bowl team in 2009 and winning the Ed Block Courage award in 2004. 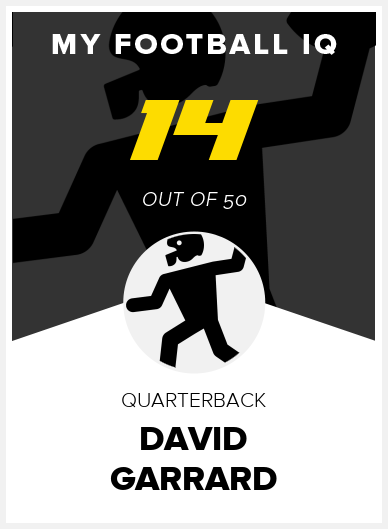