Elvis Grbac is a quarterback who has played football for three NFL teams. He played football in high school in Cleveland, Ohio. He went on to play college football for the University of Michigan. His team played in three Rose Bowls and a Gator Bowl. In the 1993 NFL draft, he was chosen by the San Francisco 49ers. He played with them until 1996. In 1997, he joined the Kansas City Chiefs. He moved to the Baltimore Ravens team in 2001 and played with them until 2003. With the San Francisco 49ers, he won the Super Bowl in 1995. He also won the Pro Bowl with the Kansas City Chiefs in 2000. His Wonderlic test score is 16. 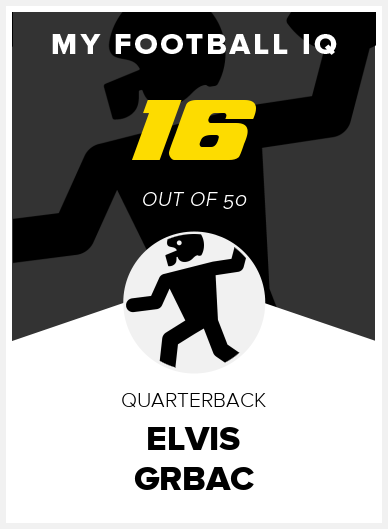