Louisville, Kentucky's Chris Redman is a quarterback who may sport a Wonderlic Test Score of 16, but he also achieved a career with some nice highlights. After his senior year in high, he was named Mr. Football USA by ESPN HS Magazine. He also won the Johnny Unitas Golden Arm Award in 1999. During his NFL career, he he bounced around a bit, but he began with a stint with the Baltimore Ravens that included garnering a championship ring for Super Bowl XXXV. Redman spent most of the second half of his NFL career with the Atlanta Falcons, and he left the league in 2011. 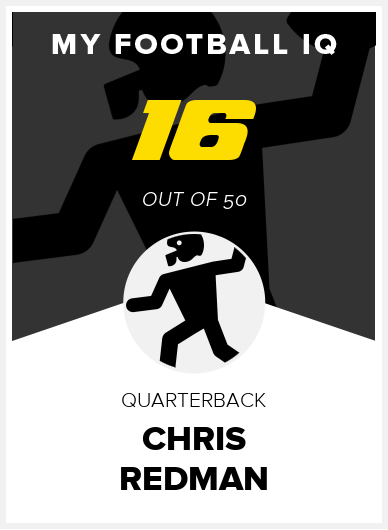