Cedric Jones is a former professional football player with a Wonderlic Test Score of 19. Cedric was born on April 30, 1974, in Houston, Texas. After graduating from high school, Jones attended the University of Oklahoma. Following his college career at the University of Oklahoma, Jones entered the 1996 National Football League Draft. Jones as drafted by the New York Giants as the 5th overall draft pick. Jones played his entire professional football career with the Giants. He attended Super Bowl XXXV as a member of the New York Giants. 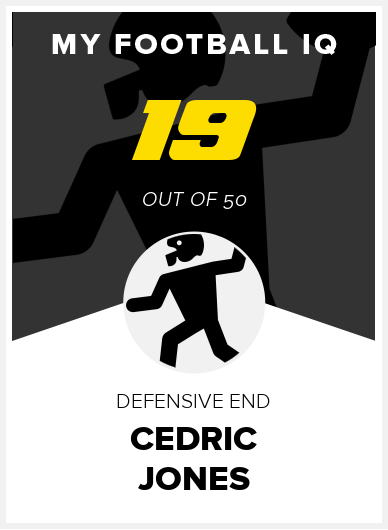