Vince Young, former starting quarterback for The University of Texas and Tennessee Titans, had a Wonderlic Test Score of 6 at the 2006 NFL Combine. Although, it was later reported that his score was in fact 16 (still below the average of 24 for a quarterback) by Steve Alic, an NFL spokesman. The alleged score of 6 on the Wonderlic was one of the lowest ever for a quarterback at the Combine. Despite the possible questions of his intelligence the Tennessee Titans selected him 2nd overall in the 2006 NFL Draft. He went on to win the 2006 AP Offensive Rookie of the year award, go to the Pro Bowl and be on the cover of Madden NFL 2008. 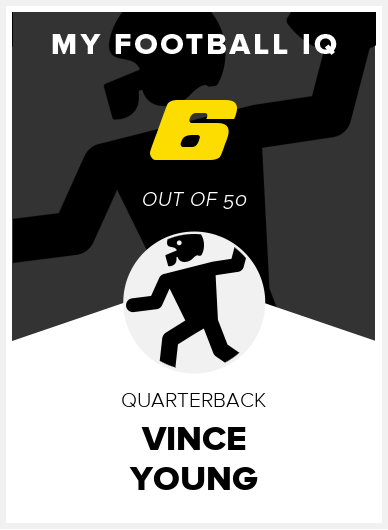