Kelvin Benjamin is a Wide Receiver in the National Football League, who was drafted in the first round of the 2014 draft with the 28th pick by the Carolina Panthers. Benjamin played the same position for the Florida State Seminoles, whose career going into the NFL was highlighted with a game winning touchdown catch in the 2014 BCS championship against the Auburn Tigers. Benjamin's career was great in his rookie season with 73 receptions for nearly 1000 yards and nine touchdown catches. Unfortunately, he was sidelined in the 2015 season due to an ACL tear during the preseason. Despite his high ceiling, the doubts lie in the Wonderlic Test Score in which he received only 7 out of 50. 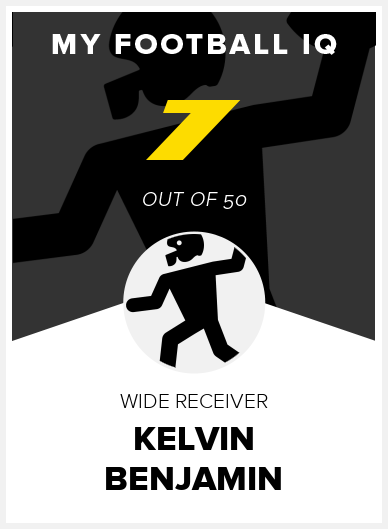