Tavon Austin, former West Virginia and current Los Angeles Rams wide receiver/return specialist had Wonderlic Test Score of 7 at the 2013 NFL Combine. It was one of the lowest Wonderlic Test Scores ever at the Combine (a full 10 points lower than the average of 17 for a wide receiver). In spite of his historically low score, Tavon Austin was selected 8th overall in the 2013 draft by the then St. Louis Rams. Austin is a rare triple threat talent that can make big plays as a runner, receiver and returner. He served as a consistent playmaker for the Rams for his first two years of his career before becoming a full time starter in 2015. 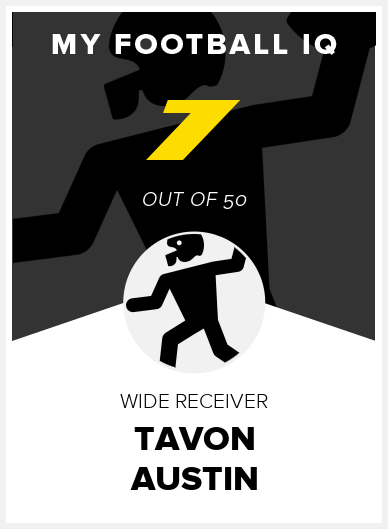