Kadeem Carey is an NFL running back currently playing for the Chicago Bears. He attended college at the University of Arizona where he was the team's star player. His Junior year he finished in 10th place in the Heisman trophy voting. After rushing for over 1,800 yards his junior year he chose to forgo his senior season and enter the NFL draft. His performance at the NFL combine was lackluster. His 40 yard dash time was nearly 4.7 and his Wonderlic score was 9. A Wonderlic Test Score of 9 projects to a an IQ in the mid 70s. He was taken in the 4th round of the NFL draft by the Bears and performed serviceably putting up over 300 yards on the ground in his rookie season. 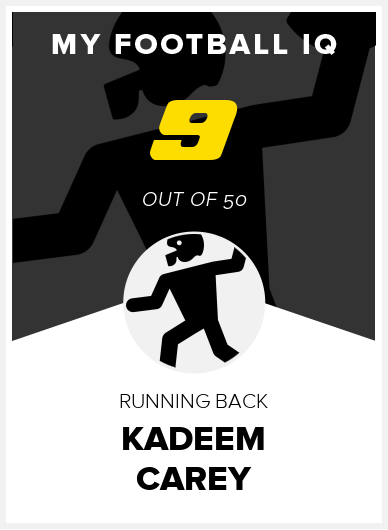