Ell Robertson was the Kansas State quarterback from 2001 to 2003. His Wonderlic Test Score was only an 11. Individuals who can barely read and write normally score 10 while the average NFL player scores 20. Despite having a successful career in college where he was named the 2003 Big 12 Most Valuable Player, he never played in the NFL. After graduating from Kansas State, he did play professional football for the Montreal Alouettes of the Canadian Football League. Starting out as their quarterback, the team later changed him to the wide receiver position. The team let him go in 2006 when he tore his rotator cuff. 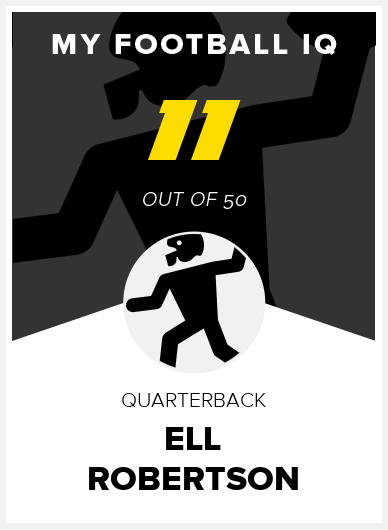