Marcus Smith is a professional football player with a Wonderlic Test Score of 11. Smith plays the quarterback position. He was born on March 31, 1992, in Columbus, Georgia. He played high school football at Hardaway High School in Columbus, Georgia. After high school, Smith attended the University of Louisville where he was named as a third-team All American by the AP. He was also the Defensive Player of the Year for his football conference. After college, Smith entered the 2014 National Football League Draft, where he was drafted to the Philadelphia Eagles during the first round. He was the 26th overall pick of the 2014 National Football League Draft. Smith is currently still a member of the Philadelphia Eagles. 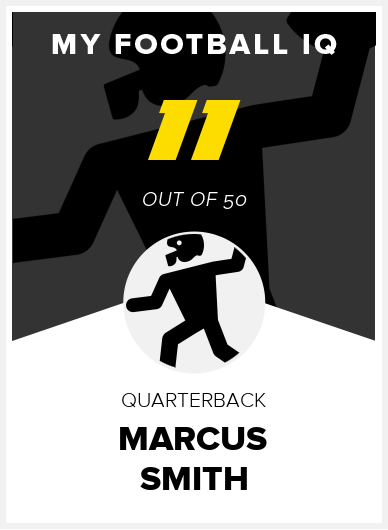