Vince Evans is a former professional football player with a Wonderlic Test Score of 8. Evans was born in Greensboro, North Carolina, on June 14, 1955. Evans played college football with the University of Southern California, playing the quarterback position. Evans participated and was the Most Valuable Player in the 1977 Rose Bowl where the USC Trojans defeated the University of Michigan Wolverines. After college football, Evans entered the National Football League Draft, placing 140th overall. Evans has played professional football for the Chicago Bears, the Chicago Blitz, the Denver Gold, and the Raiders. Most notably, during his time as quarterback for the Chicago Bears, Evans became the only player of the Chicago Bears to score a perfect game rating. 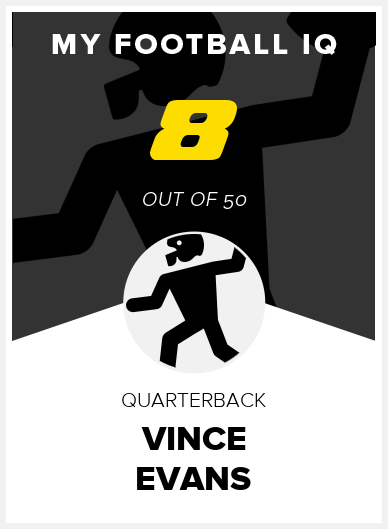