Kony Ealy has a Wonderlic Test Score of 10. He plays number 94 for the Carolina Panthers in the position of defensive end. He attended high school in New Madrid, Missouri, and played three sports while there. As a high school football player, he had 104 tackles total. He played college football at the University of Missouri. In 2013, he started every game and had 43 tackles. He skipped his senior year season to be a part of the 2014 NFL draft. He was drafted in the second round as the 60th pick by the Carolina Panthers. He won the Sports Illustrated All-Rookie Team in 2014, the PFWA All-Rookie Team in 2014 and was an NFC Champion in 2015. 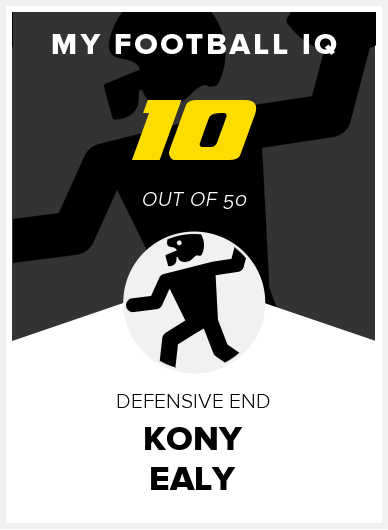