George "Butch" Henry Atkinson Jr. is a former professional football player with the Oakland Raiders. Born in Savannah, Georgia Atkinson purportedly only scored a puny 12 on his Wonderlic Test Score. A popular means to assess the aptitude of individuals. A score of 20 on the Wonderlic Test indicates average intelligence. This is not to say George Atkinson, Jr. was not a man with great intelligence. Quite the contrary. After attending Morris Brown College Atkinson went on to play with the Oakland Raiders as running back from 1968 to 1977. And was a member of the Raiders Super Bowl XI Championship Team. He also played defensive back with the Denver Broncos ironically wearing the same number 43 for both teams. 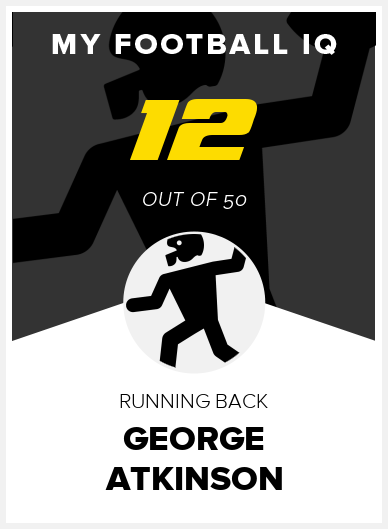