Eddie Kennison is a former professional football player who played for six different NFL franchises over a 13 year period. He is best known for his time with the St. Louis Rams and Kansas City Chiefs, in which he had his most professional success. Coming out of college Kennison was a very high sought after prospect. He starred at the Louisiana State University and did well in the NFL combine, despite a low Wonderlic test score of 12.

Over the course of his career, Kennison was consistently very productive. He ended up catching nearly 550 passes and accumulating over 8,000 receiving yards. He was best known for his speed, which also helped him to be an All-American sprinter while he was in college. 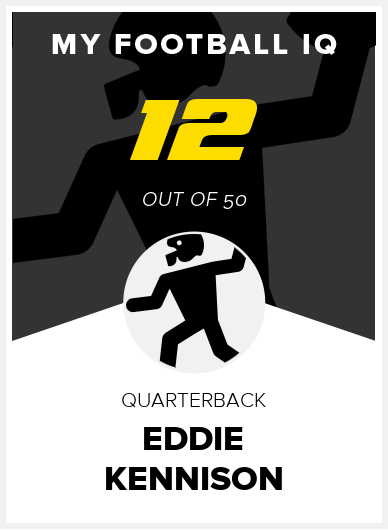