Tobi Karrode was a starting quarterback for Central Missouri during the mid-2000ês. Despite going to a Division II school, he garnered some interest from professional scouts because of his superior arm strength. During the NFL combine, Tobi Karrode was the top quarterback in the ball speed drill. Conversely, his low Wonderlic Test Score of 12 was well below the average of 24 for quarterbacks.
Tobi Karrode was not selected in the 2007 NFL draft. He was signed as an undrafted rookie free agent by the Arizona Cardinals in May 2007; however, he was cut from the roster in the middle of the pre-season in August. 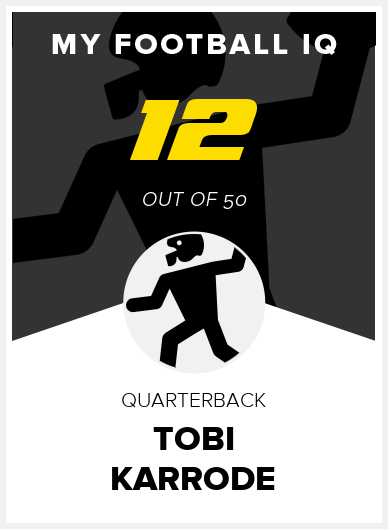