Jeff George is an ex NFL-Quarterback who played for multiple teams throughout his NFL career. George was the first pick in the 1990 NFL Draft, and had a Wonderlic Test Score of 10. While George was primarily known for his cannon arm, he never lived up to his potential and was routinely criticized for making dumb decisions on the field. Among the teams that utilized his services and later discarded him were the Minnesota Vikings, Indianapolis Colts, and Washington Redskins. 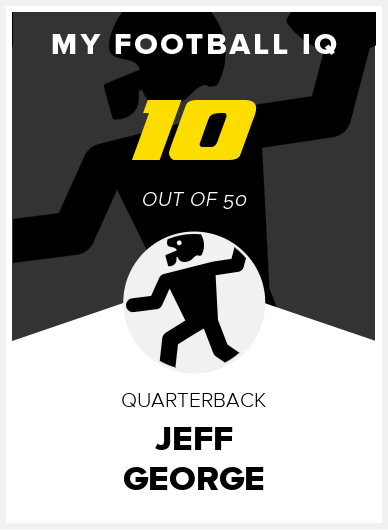