Trent Murphy hails from Stanford University, where he played from 2010 through 2013 in 43 games. Murphy totaled 160 tackles, 52.5 of which were for a loss, and 32.5 sacks. He also managed to return two interceptions for touchdowns, both for forty yards. Murphy was named a Consensus All-American in the 2013 season. Murphy wowed scouts with his large frame, quick feet, and honed football mind. Murphy earned a respectable Wonderlic test score of 28, much like other Stanford graduates. Murphy was selected as the 47th overall pick in the 2014 NFL Draft by the Washington Redskins. 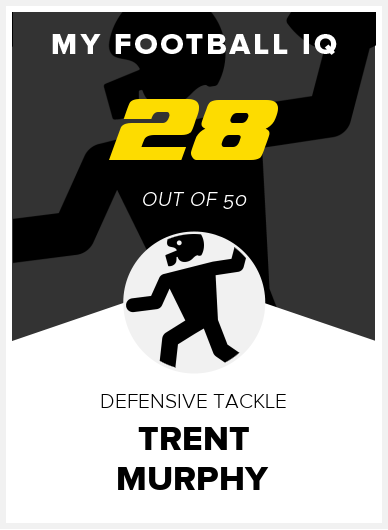