Tom Savage played collegiate football at Rutgers University in 2009 and 2010, accumulating 2,732 passing yards on 285 attempts. After transferring to Arizona and sitting out the 2011 season, Savage transferred to Pittsburgh and was redshirted in 2012. In 2012, Tom Savage passed for 2,958 yards, 21 touchdowns, and 9 interceptions at an impressive QBR of 138.2. Despite an average showing at the 2014 NFL Combine, Tom Savage earned a Wonderlic test score of 29. Savage was drafted in 2014 by the Houston Texans as the 135th pick. 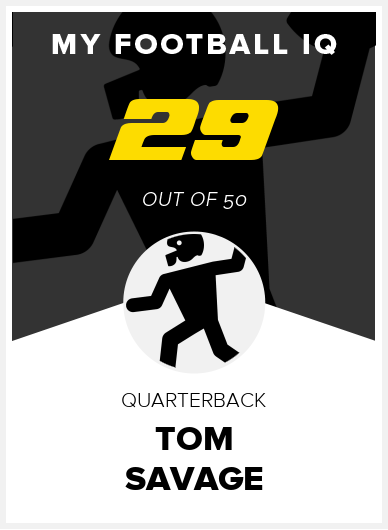