Ted White is the current Offensive Coordinator/QB's coach for Howard University. He played Quarterback for Howard from 1996 to 1998, where he set several records, including being the MEAC and Howard all-time leading passer and set records in completions (638) and touchdowns (92). On October 17th, 1998, White threw for 561 yards and 8 touchdowns against rival Florida A&M, both MEAC records to this day. Despite his excellent performances, his Wonderlic Test Score only scored 12, which is considered below average at the quarterback position. Despite the low Wonderlic, White went on to be a quarterbacks coach for Texas Southern, and also interned for the Atlanta Falcons, where he helped develop quarterbacks Matt Ryan and Michael Vick. 2016 will be his fifth season for Howard as the offensive coordinator, and despite the Wonderlic score of 12, White is respected as one of the great college football minds. 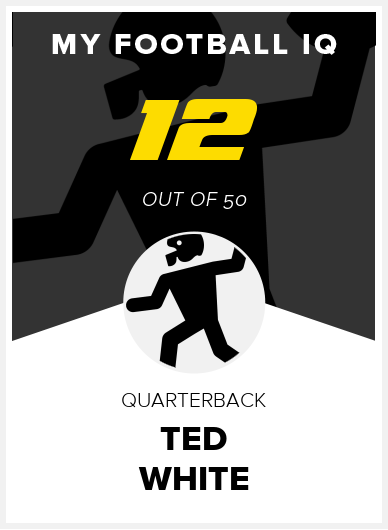