Kordell Stewart initially played quarterback at the University of Colorado. After amassing 6,481 passing yards, 1,289 rushing yards, and 48 touchdowns overall, Stewart was taken 60th overall in the 1995 NFL Draft. Despite a comparatively low Wonderlic test score of 14, Kordell Stewart blossomed in the NFL and played eleven years. Stewart worked his way to the Pro Bowl and being named both the AFC Offensive Player of the Year and the Pittsburgh Steelers Team MVP in 2001. Stewart threw for 14,746 yards and ran for 2,874 throughout his career, totaling for an impressive 122 touchdowns. 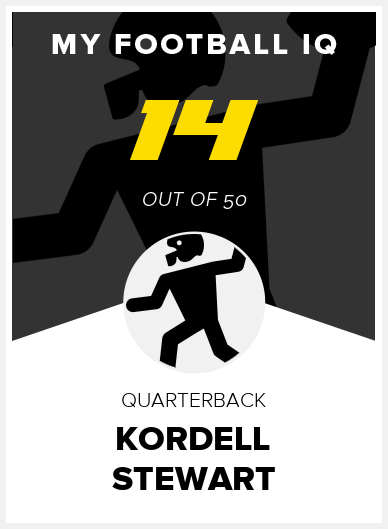