Seth Burford is a professional football player with a Wonderlic Test Score of 28. Burford has played the quarterback position during his professional football career. Burford was born on March 11, 1979 in Oakdale, California. After graduating from high school, Buford attended California Polytechnic State University where he played college football for the Mustangs. Following his college football career at California Polytechnic State University, Seth signed as a quarterback with the San Diego Chargers for the 2002 football season. Burford was the 216th overall pick in the 2002 National Football League Draft. 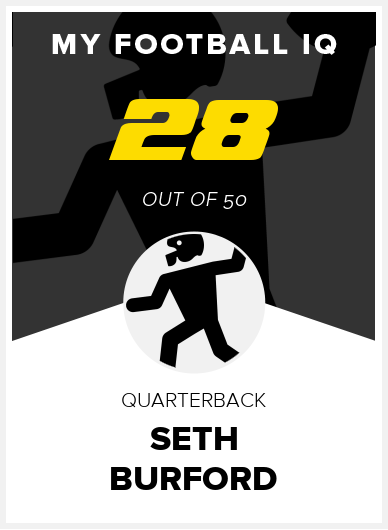