Coming out of the University of Florida, Rex Grossman was considered one of the top quarterback prospects in the 2004 NFL Draft. Grossman was a very successful quarterback in college and did great in the NFL combine when he was able to show off his very strong arm and had a Wonderlic test score of 29. Due to his success in college and combine results, Grossman ended up being drafted in the first round by the Chicago Bears.

Grossman had a successful NFL career and was the starting quarterback for the Bears for several years. His best season came in 2006 when he was one of the leading passers in the NFl and led the Bears to the Super Bowl. 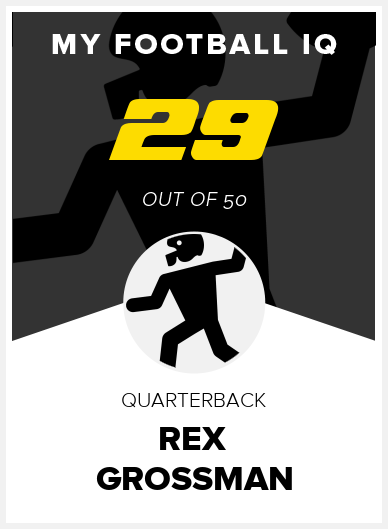