There's no denying Randall Cunningham had a very good NFL career. But did his low Wonderlic Test Score keep him from having an exceptional career? Cunningham, who played from 1985-2001, scored a 15 on his Wonderlic Test. A second round draft pick from UNLV, Cunningham spent a decade with the Philadelphia Eagles, but never took the team past the divisional playoffs. Despite quite a few injuries during his career, Cunningham put up good stats. He threw for 29,979 yards and 207 touchdowns against 134 interceptions. Cunningham also earned four Pro Bowl selections and was inducted into the Philadelphia Eagles Hall of Fame in 2009. 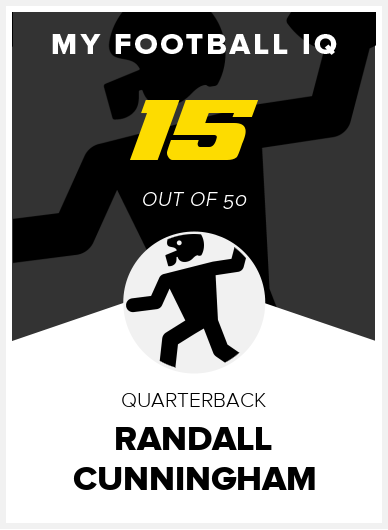