Pat McInally is a former professional football player. He played both the punter and wide receiver positions. McInally has a Wonderlic Test Score of 50. He is the only player that is known to have a perfect Wonderlic Test Score. He played high school football for Villa Park High School. He also played college football at Harvard University. McInally had the second best receiving record during his junior year at Harvard. After college McInally entered the 1975 National Football League Draft. He was drafted by the Cincinnati Bengals as the 120th overall pick. McInally received many notable mentions during his professional career. He was named to the Pro Bowl team in 1981. He was also an AFC Champion in 1981. 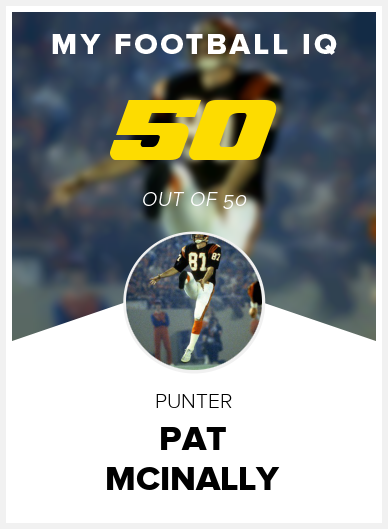