Greg McElroy played football for the NFL team the New York Jets in the position of quarterback. While growing up in Texas, he played football at Carroll Senior High School. His team won the Texas 5A state championship. He had the second most touchdown passes in Texan high school football with 56. He played college football in Alabama. In 2010, Sporting News named him the 20th smartest athlete. His Wonderlic test score is 48. In the seventh round of the 2011 NFL draft, Elroy was chosen by the New York Jets. He played with them for two years and then injured his ankle. He was released from the team and later signed with the Cincinnati Bengals. He retired from football in 2014. 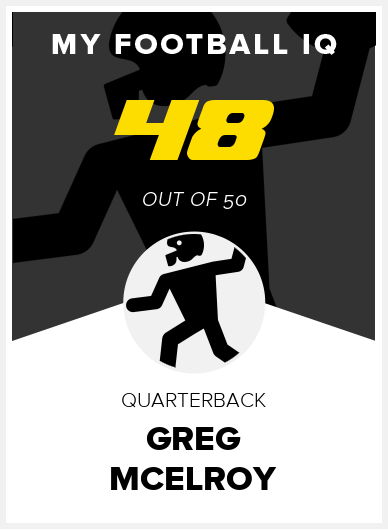