Mike Mcmahon was a quarterback for the Rutgers Scarlet Knights before he eventually moved onto the NFL and played five seasons for the Detroit Lions, and Phildelphia Eagles. After posting a Wonderlic Test Score of 27, McMahaon was drafted by the Detroit Lions in the fifth round of the 2001 NFL Draft.

The quarterback, mostly serving as a backup spent 2001 through 2004 with the Lions befoe moving to the Eagles for one season in 2005. After being cut and failing to find another suitor in the NFL, he moved onto the CFL where he played for both the Toronto Argonauts and the Montreal Alouettes in 2007. Starting in 2009 through 2013 the former NFLer played for a number of Arena league football teams. 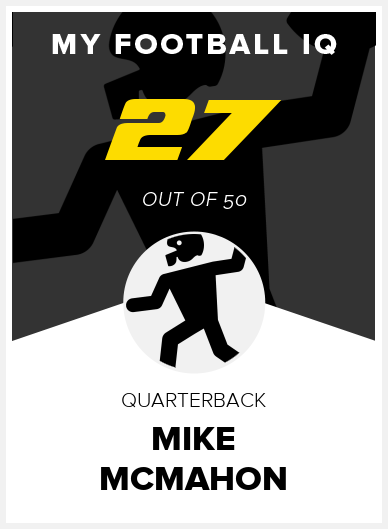