Aaron Murray is a Quarterback for the Kansas City Chiefs. Murray had a Wonderlic Test Score of 29, coming out of the University of Georgia. Murray tore his ACL in his final year of college at Georgia and this likely affected his draft stock. A native of Tampa, Florida, Murray is equally well known for being the brother of Josh Murray who "won" The Bachelorette. With the departure of Chase Daniel to Philadelphia, Murray will be the primary backup to Alex Smith in Kansas City for the foreseeable future. 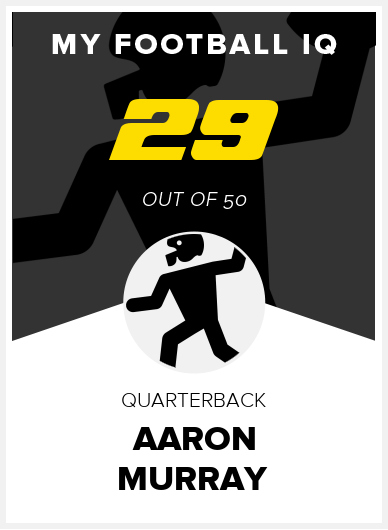