Matt Gutierrez first tried to play college football for the University of Michigan but a shoulder injury stopped him from being the quarterback during his freshman year. Therefore, he transferred to Idaho State University where he became their quarterback two years later. He signed as an undrafted free agent with the Philadelphia Eagles in 2007. After another injury forced the Eagles to redshirt him, he went on to play for the Kansas City Chiefs before being transferred to the Chicago Bears. After a short period in the United Football League, he returned to the Bears before he was transferred to the Washington Redskins. He finished his career at Saint Louis. His Wonderlic Test Score was 28. 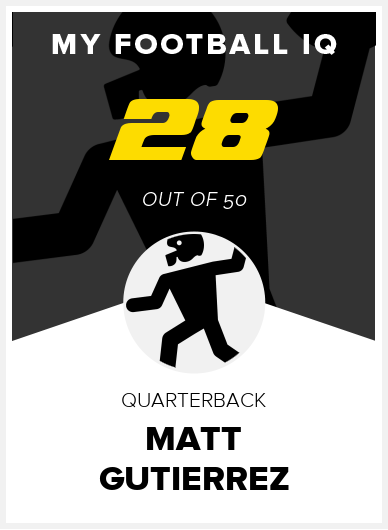