Marquis Tuiasasopo is a former professional football player. He has a Wonderlic Test Score of 24. Marquis played college football for the University of Washington. During his time as the University of Washington, he became the only player in the NCAA to pass over 300 years and run over 200 yards in one game. He ranked 8th in the 2000 Heisman Voting. After college, Marquis entered the National Football League Draft and was selected by the Oakland Raiders as the 59th overall draft pick. After a few seasons with the Oakland Raiders, Marquis also played football for the New York Jets before returning to the Raiders. 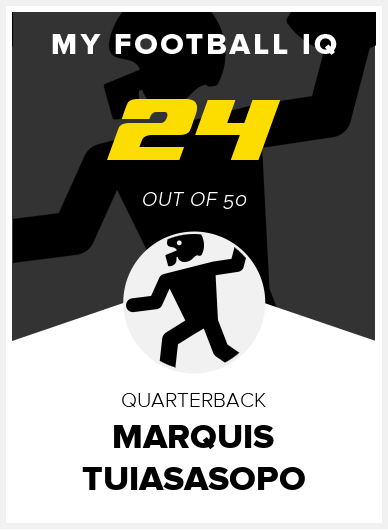