While Applewhite was successful in college, he was not highly sought after by NFL teams. White participated in a number of NFL preparation exercises and performed well, including getting a Wonderlic test score of 26. While he was not drafted, Applewhite was signed by the New England Patriots after the draft. 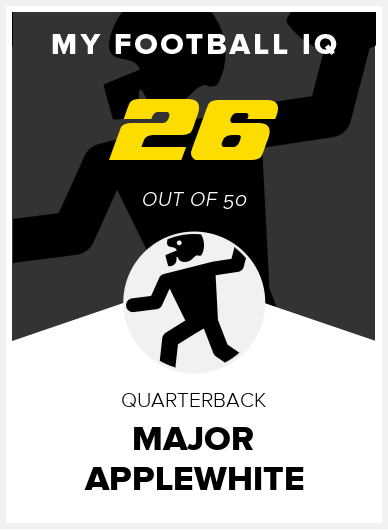