Joe Flacco is an NFL Quarterback for the Baltimore Ravens. A first round draft pick out of the University of Delaware, Flacco had a Wonderlic Test Score of 27. Flacco is known primarily for his strong arm and being the winning quarterback in Super Bowl 47. Currently, Flacco is one of the highest paid quarterbacks in the NFL. Through the 2015 season Flacco has thrown for over 28,000 yards and 162 touchdowns. Additionally, Flacco has completed nearly 2,500 passes and thrown 102 interceptions. 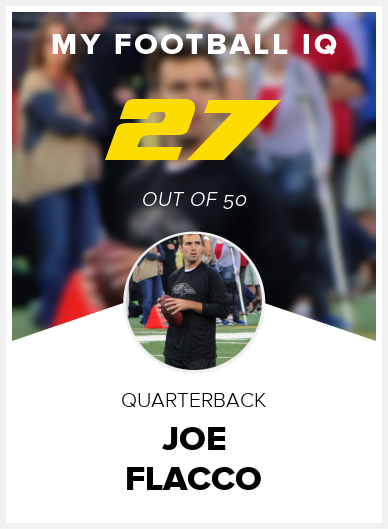