Born in Savannah, Georgia, Jason Thomas attended South Carolina and then graduated from Hampton University. In 2000, Thomas was drafted by the San Diego Chargers in the 7th round of the draft after a fair showing at the NFL combine and with a Wonderlic Test Score of 23.

Thomas played four seasons in the NFL (first with the Chargers and then three with the Baltimore Ravens). Though he wasn't a starter, Thomas played in 14 games over his career as an offensive guard. Thomas was set to play in NFL Europe but a fractured tibia prevented the move. After a few years in the Arena League, Thomas left football and went to business school. 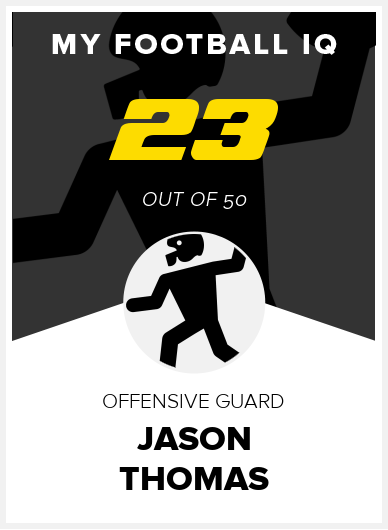