Jason Gesser is a former professional football player with a Wonderlic Test Score of 27. Guesser was born on May 31, 1979, in Honolulu, Hawaii. Jason Gesser attended Saint Louis School in Hawaii. Gesser was named an academic All-American during his time as a high school football player. Following his graduation from high school, Gesser attended Washington State University where he served as captain for three years in a row. More notably, Gesser finished seventh in the Heisman Trophy Voting in 2002. After college, Gesser had a brief career with the Tennessee Titans. After leaving the Titans, Gesser played in the Canadian Football League for the Calgary Stampeders. He also played in the Arena Football League for the Utah Blaze. Gesser is currently serving as a college football coach at Washington State University. 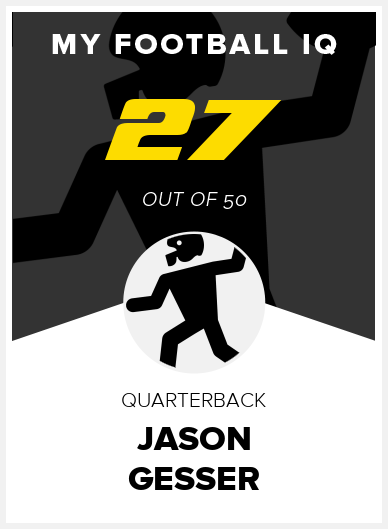