John Elway is a Hall Of Fame Quarterback and the General Manager of the Denver Broncos. Elway was the number 1 pick of the 1983 NFL Draft and had a Wonderlic Test Score of 29. Elway has been a part of 7 out of the Broncos' 8 Super Bowl Appearances. Elway went 2-4 as a player in the Super Bowl and is currently 1-1 as an executive. Elway went to college at Stanford and was drafted to play baseball by the New York Yankees. 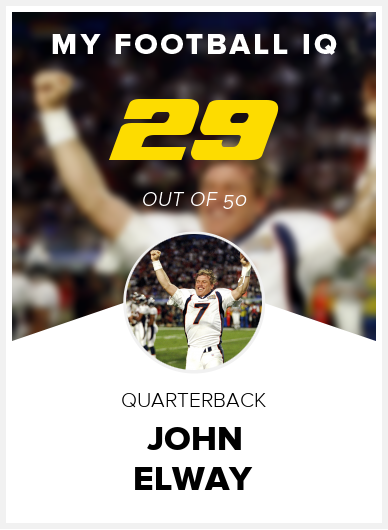