Graham Harrell played football as a quarterback for American and Canadian teams. He is currently a football coach. He grew up in Texas where he played football at Ennis High School. He was the quarterback when the team won the state Class 4A title. In the 2004 Oil Bowl, he was named Offensive MVP. He set many state high school records. He also played college football at Texas Tech. He set eight individual NCAA records. He was not chosen during the 2009 NFL draft. He signed with the Saskatchewan Roughriders in 2009. He was eventually signed with the Green Bay Packers and then the New York Jets. He has since become a football coach. His Wonderlic test score is 23. 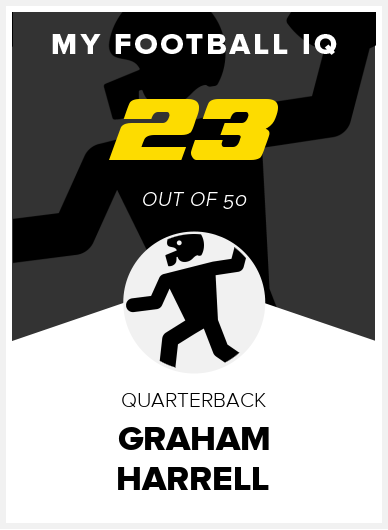