Gabe Ikard plays football for the NFL team the Detroit Lions. His position is center. In Oklahoma City, he played football for Bishop McGuinness High School. He played the position of tight end and had 29 receptions, 68 tackles, nine touchdowns and two interceptions. He also played college football in Oklahoma where he played both left guard and center positions. In 2013, he was chosen as the Academic All-American of the Year. In 2014, he signed as an undrafted free agent with the Tennessee Titans. He was released after a knee injury. He was signed and waived from the Buffalo Bills and the Cleveland Browns. In 2015, he signed with the Detroit Lions. He has a Wonderlic test score of 38. 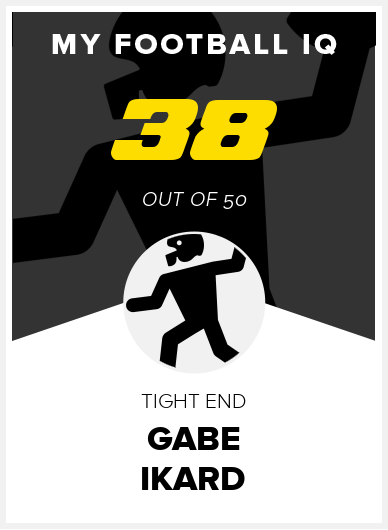