Well to be frank, nobody really knows.

Even though he posted a significantly higher score than both of the starting quarterbacks at Super Bowl 50, Carson Wentz's Wonderlic test score is not the be all end all of his draft potential. While most NFL teams want their starting quarterback to have scored at least 21 on their Wonderlic test, their performance on the test isn't necessarily indicative of their performance in the league.

So although only time will tell where Wentz will fall on the NFL's spectrum of greatness, we know where he stands on the Wonderlic. Think you can do better? 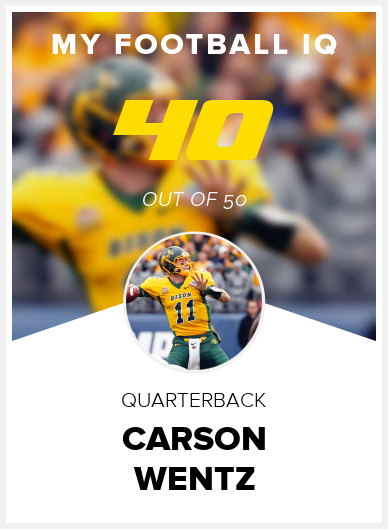