Drew Henson has played NFL football and Major League Baseball. He attended the University of Michigan where he played football in the position of quarterback. After college, he had a career in baseball and played for the New York Yankees in 2002 and 2003. He was drafted by the Dallas Cowboys in 2004 and was with the team through the 2005 season. From 2006 to 2007, he played for the Minnesota Vikings. He joined the Detroit Lions in 2008. He was chosen as a High School All American in 1997 by USA Today. He got an honorable mention in the All-Big Ten in 2000. His Wonderlic Test Score is 42. 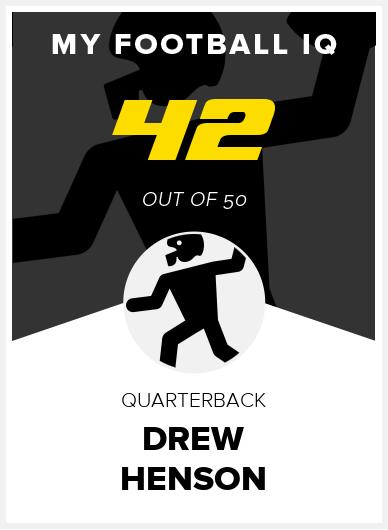