Calvin Johnson referred to many as megatron, is a recently retired National Football League player, who played 9 seasons with the Detroit Lions. Johnson who played wide receiver, was drafted out of Georgia Tech by the Detroit Lions in 2007 with the 2nd Overall Pick, and was a cornerstone piece of a high powered offense for numerous seasons. Johnson finished an impressive yet short career with 731 receptions for nearly 11,600 yards, and amassed 83 touchdowns in that span. Unfortunately, Johnson only made it to the playoffs in 2 of the 9 seasons with the team. Johnson's career reflects his great performance with the Wonderlic Test Score, where he scored a 41 out of 50. 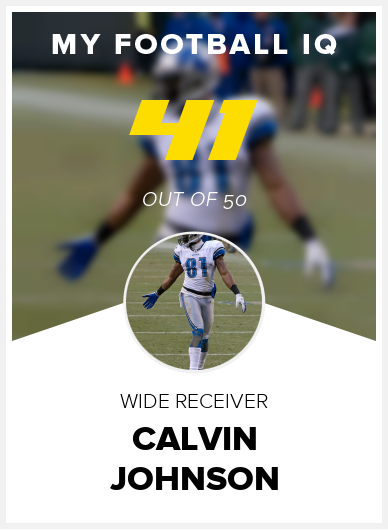