David Klingler is a quarterback who played for the Houston Cougars from 1988-1991. Klingler was an offensive machine destroying NCAA records throughout his college career. He held the NCAA division 1 record for all purpose yards in a single game with 716. He threw 11 touchdown passes in a single game and set the NCAA record for touchdown passes thrown in a season. Klingler's Wonderlic Test Score of 30 puts him well above average for quarterbacks and NFL players in general. Though Klingler broke practically every passing record on the books in college it didn't translate to success in the pros. He spent six years in the league with three different teams but shoulder issues sidelined him for much of that time. 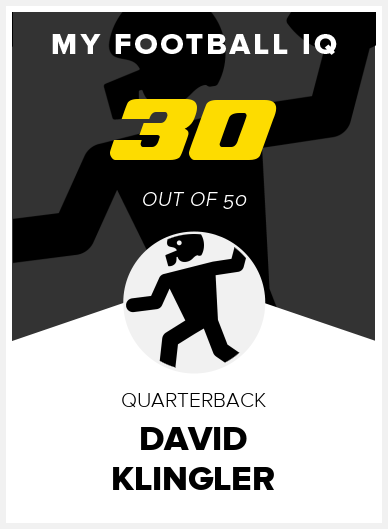