David Carr, former Fresno State, Houston Texans, Carolina Panthers, New York Giants and San Francisco 49ers quarterback had a Wonderlic Test Score of 24 at the 2002 NFL Combine. Throwing for almost 5,000 yards and 46 touchdowns during his senior season at Fresno State, he was the top rated quarterback in his draft class. David Carr was selected by the Houston Texans 1st overall as the first ever draft pick for the expansion team. He went on to start from 2002-2006, having very little success. He was sacked a league record 76 times in his rookie season. After his failed tenure in Houston, he served as a backup quarterback for three NFL teams from 2007-2012. 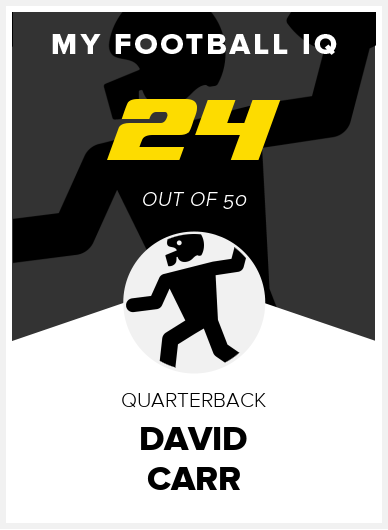