Quarterback Connor Shaw grew up in Flowery Branch, Georgia and went on to play his college football at the University of South Carolina. He led his Gamecocks to the Outback Bowl championship in 2014 and earned the game's MVP award. Entering the NFL draft with a Wonderlic Test Score of 23, Shaw was not drafted, but he was able to earn his way onto the roster of the Cleveland Browns. Keep an eye on Shaw. At this writing, he holds the most victories of any Gamecock quarterback, and he may yet have some stardom left in him. 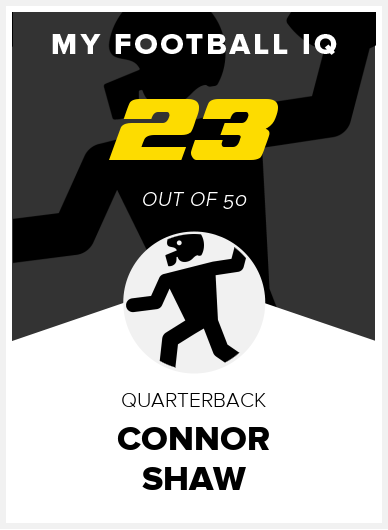