CJ Spiller is a professional football player with a Wonderlic Test Score of 10. He currently plays the running back position for the New Orleans Saints. He was boron on August 5, 1987, in Lake Butler, Florida. Spiller attended Union County High School, where he rushed for 1,840 yards during his senior year. After high school Spiller played college football for the Clemson University Tigers. During his time at Clemson, he was named an All-American college football player. In 2010 Spiller entered the National Football League Draft. He was drafted by the Buffalo Bills as the 9th overall pick. After a few seasons with the bills, Spiller was traded to the New Orleans Saints. In 2015 he signed a four year deal with the Saints. 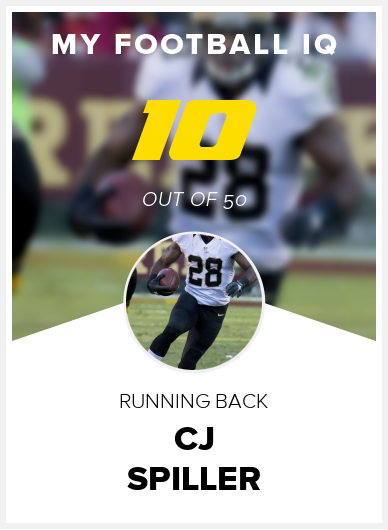