Charlie Frye is a retired NFL Quarterback who played mostly with the Cleveland Browns and Seattle Seahawks. Frye was drafted in the 3rd round of the 2005 NFL Draft from the University of Akron. Frye had a Wonderlic Test Score of 38, which is quite high. Frye threw for just over 4100 yards in his NFL Career and 17 touchdowns. Additionally Frye threw 29 interceptions in his playing career. After finishing his career Frye moved to the Orlando area and began coaching high school football. 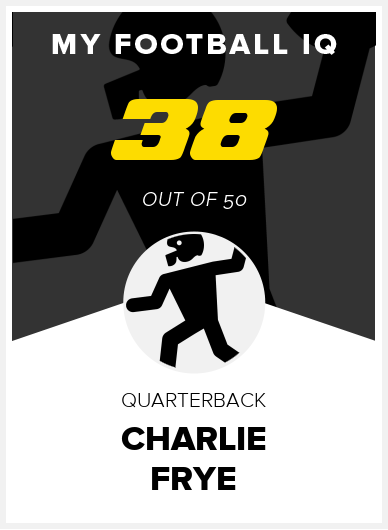