Born in Washington, DC, Byron Leftwich played his college football for Marshall. He was a high draft pick when he left the West Virginia school in 2003. When the Jacksonville Jaguars drafted Leftwich, his Wonderlic Test Score stood at 25. At the start of his career in the NFL, was seen as the franchise quarterback of the Jaguars. After four seasons, he was cut before the start of the 2007 campaign. In all, Leftwich played for four different teams in the NFL over the span of ten seasons, which included two stints with the Pittsburgh Steelers. Leftwich was the backup quarterback on the Pittsburgh team that won Super Bowl XLIII. He threw 58 touchdowns in his NFL career. 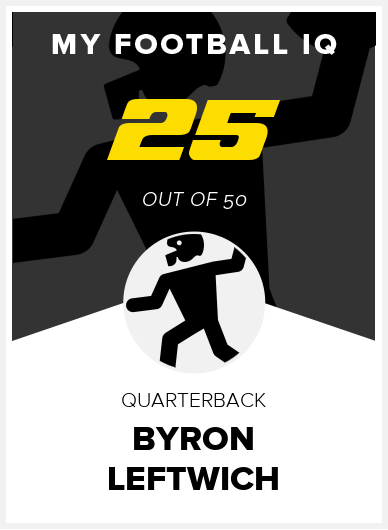