Brodie Croyle is a former professional football player who played the quarterback position. Croyle has a Wonderlic Test Score of 24. He was born on February 6, 1983 in Rainbow City, Alabama. He played high school football for Westbrook Christian School and was considered one of the top quarterback picks. After high school Croyle played college football for the University of Alabama Crimson Tide. Brodie's father also played college football for the University of Alabama. After college Croyle entered the 2006 National Football League Draft. He was drafted by the Kansas City Chiefs as the 85th overall draft pick. After a few seasons with the Chiefs, Croyle was traded to the Arizona Cardinals. Creole retired from professional football in 2012. 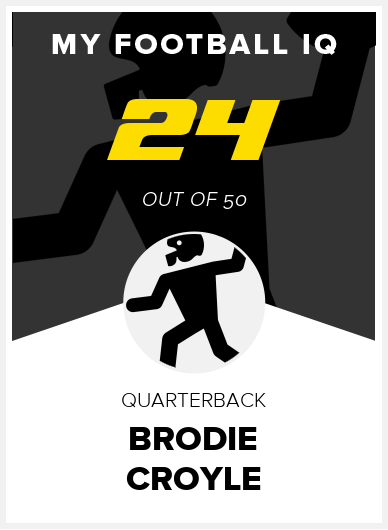