A Seattle-area native, Brock Huard played quarterback for the University of Washington in the late 1990s. He was a star at UW, where he threw for more than 5,700 yards and tossed 51 touchdowns. In 1999, Huard was drafted by the Seattle Seahawks with a Wonderlic Test Score of 25. Huard did not prove to have the touch in the NFL that he had expected in college. He never caught on as a pro starter, and he threw four touchdowns in the NFL. Before the 2005 season, Huard called it a career. Though he was not the player to take his hometown Seahawks to the professional pinnacle, his fame in Seattle has helped him create a broadcasting career. 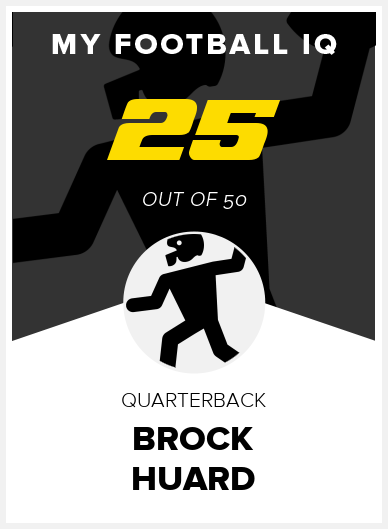