Brent Urgan has a 27 as his Wonderlic test score. Urban is currently a defensive end for the Baltimore Ravens of the NFL. He started his football odyssey at the University of Virginia. He held the record in 2013 among defensive ends for most passes broken up with a total of 9. While attending Lorne Park Secondary School he was a two-time Toronto Star All-Star selection.If he ever decides to play in the Canadian Football League his rights are held by the Hamilton Tiger-Cats. 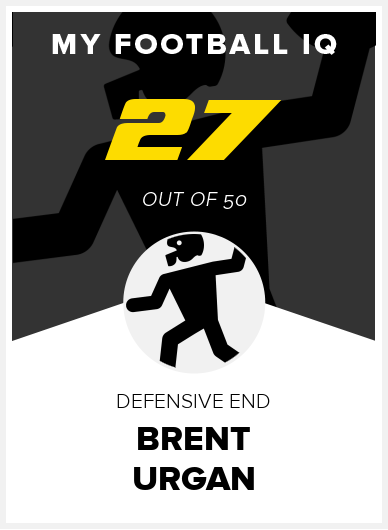