Brad Smith is a professional football player with a Wonderlic Test Score of 24. Smith was boron on December 12, 1983 in Youngstown, Ohio. He played college football for the University of Missouri Tigers. Smith started all four years of his college football career. In addition to his football talents, Smith has been recognized for his academic achievements. He was named on the Big 12 All-Academic Team during college. After his time at the University of Missouri, Smith entered the 2006 National Football League Draft. He was drafted by the New York Jets as the 103rd overall pick. After several seasons with the Jets, Smith was traded to the Buffalo Bills. Smith has also played professional football with the Philadelphia Eagles. 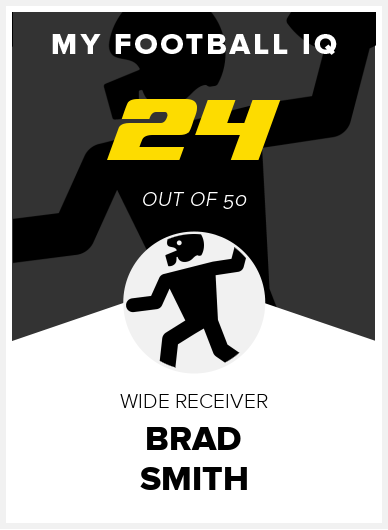